Your guide to real estate in Istanbul Bahcelievler, Let us help you to find your best property in Turkey.

Bahcelievler has become the middle-class center of Istanbul. This is where you’ll find some tremendous bargains in single family housing. Located on the European side of the city, it is accessible from one of the major freeways that runs to and from the airport. This area of the city covers 5% of the city’s land and is still under development. It’s a great place to raise a family due to its numerous schools, parks, and entertainment options. Home to over a half million people, the investment potential here is appealing.

Bahcelievler lies on the European side of the city and was named for the traditional single-storied houses that distinguished the neighborhood prior to the 1960s. Each had a small allotment and Bahcelievler literally means “houses with gardens”. The area continues to be the home of largely middle-class families and has a population of over half-a-million residents.

The first large industrial estates that ring Bahcelievler were established fifty years ago and created a burst of expansion. Unlike many other districts of Istanbul, however, careful planning retained much of the area’s original character. Avenues lined with trees, multiple greenspaces and engaging architecture still dominate the heart of the district. Areas that border adjoining neighborhoods, however, tend to have denser housing marked by rows of mid-level apartment buildings.

The neighborhood is extremely well serviced by educational institutions including four university campuses. It is also home to the Istanbul Kültür University’s Faculty of Law. There are multiple elementary and secondary schools throughout the district along with other colleges, vocational centres, and a world-class flight school.

Access to Bahcelievler has been greatly improved by the introduction of dedicated bus lanes, part of the city’s Metro system. Municipal trains also run through the community providing rapid transit to both the airport and city centre. The sea bus can be taken to the Asian side of the city from the neighboring municipality of Bakirköy.

Entertainment and shopping venues abound with several large malls and retail establishments. The Kuyumcukent district is filled with jewelers and its vast shopping centre specializes in weddings, with both salons and a luxurious wedding hall on the premises. There are over a dozen other malls in the district, along with several cinema complexes and theaters.

The Istanbul airport is only ten minutes away, making Bahcelievler a desirable location for frequent business travelers. It is also a sought-after neighborhood for families seeking a tranquil environment with convenient amenities and attractions close by. Bahcelievler also has numerous beautiful mosques, from the majestic Sirinevler Grand Mosque to the silver domes of the Central Mosque.

This neighborhood has emerged from its transformation to a modern urban enclave largely unscathed. The ghost of its garden-home legacy can still be felt in its leafy streets, making Bahcelievler an increasingly attractive magnet for both developers and families of moderate wealth. 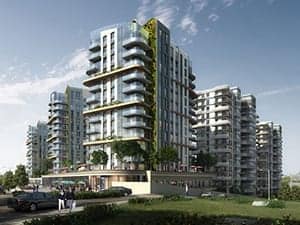