Your guide to real estate in Istanbul Bomonti, Let us help you to find your best property in Turkey.

Property in the Bomonti district of Istanbul is a hot commodity, and for a good reason. Many investors get turned off by the high prices in this area, but there are still some good values to be found if you know where to look. A lot of development is taking place throughout Bomonti, with numerous skyscrapers continually under construction. This is an area where several celebrities and political figures live, so the real estate values will likely remain high for the foreseeable future. This makes buying a home here a great investment opportunity.

Bomonti is a pleasant and rapidly developing area within Istanbul’s Sisli district, a township noted for its grand avenues and centrally located neighborhoods. Along with Pangalti and Ferikoy, Bomonti traditionally provided a picturesque bridge between the municipality of Beyoglu and the center of Sisli.

Bomonti is best known for the historic brewery from which it gets its name. The Bomonti brothers of Switzerland established the brewery in 1890, the first such undertaking in what was then Constantinople. In the 1930s, a German brewer was invited to expand the range of offerings to include traditional German beers. Bomonti’s European pale lager continues to be manufactured in Turkey by the Anadolu Efes brewery which currently produces 80% of the country’s beer.

The abandoned brewery has been completely renovated and renamed “Bomontiada”, a superb complex that houses restaurants, shops, an art gallery and a concert hall. The Leica Gallery promotes the work of local photographers and provides professional classes and workshops. This cultural and entertainment hub is close to the Bomonti campus of the Mimar Sinan Fine Arts University and is a popular venue with students.

The entire neighborhood is experiencing a fresh revival, attracting young families and working couples seeking an inner-city home that’s nonetheless at arm’s length from the chaos of the urban centre. Bomonti successfully blends old world charm and buildings of historic value with modern residential and commercial developments that have brought a new spark to this long-established neighborhood. A flourishing heart of commerce and business beats alongside some of the city’s most striking new apartment buildings.

The area has a distinctly cosmopolitan character and provides a haven for visitors wanting to stay close to major attractions that are easily accessible by public transportation. Bomonti is minutes from the Taskim Square and within easy walking distance of Nisantasi, Istanbul’s prime destination for designer fashion. As such, the sector is also home to several world-class hotels.

It is little wonder that this once forgotten part of the city has exploded into a desirable, exclusive and increasingly popular place to live. Investment in residential, commercial and office real estate has been on the rise for several years, and Bomonti is fast becoming the inner-city neighborhood of choice for a chic urban lifestyle that still pays homage to a noble heritage. 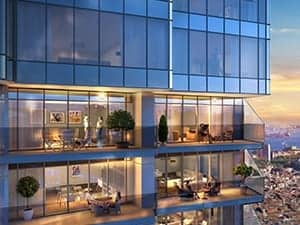 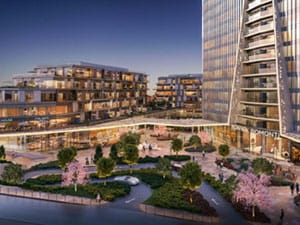