Your guide to real estate in Istanbul Buyukcekmece, Let us help you to find your best property in Turkey.

Buyukcekmece is another suburb located near the Sea of Marmara. This is an industrial area that has roughly 400,000 residents. The land here has been consistently settled and then abandoned throughout the history of the country, and was once a Greek colony. Today, Buyukcekmece has experienced yet another resurgence. A variety of infrastructure projects have attracted new industries to the district, resulting in new roads, housing complexes, and modern conveniences. This is an up and coming area that gives new home owners the chance to own a larger home for much cheaper than within the city proper.

This predominantly industrial district lies some forty kilometers to the west of central Istanbul, along the coast of the Marmara Sea. It is thought to have been settled through the ages by everyone from the ancient Greeks to Attila the Hun, lying directly on the path invading armies would have followed to reach the Bosporus. In more recent times, Buyukcekmece was a popular holiday or weekend destination for families drawn its sandy shores and beautiful setting. 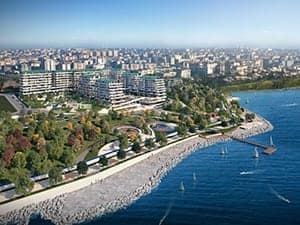 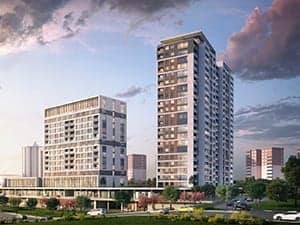 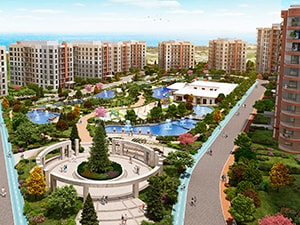 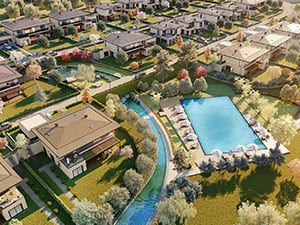 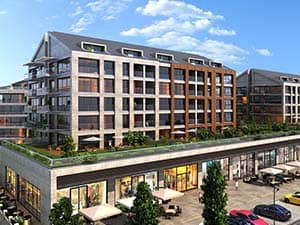 Beginning in the 1960s, the area was subject to rapid industrialisation which led to a marked increase in the population and an attendant upswing in residential construction. It is now home to almost 250,000 residents with only a small part of the district still classified as rural.

Buyukcekmece Lake once flowed into the sea but was damned to create a reservoir that provides fresh drinking water to Istanbul. A five-hundred-year-old bridge spans the mouth of the inlet and is the work of Mimar Sinan, grand architect of the Ottoman Empire. His most famous accomplishment is the Suleiman Mosque, but the Buyukcekmece bridge is a technological marvel. Four separate bridges are linked to form the 635-meter ancient masterpiece which has become the symbol of the district.

The largest cultural centre in Istanbul, the Ataturk Centre, is located in Buyukcekmece, as is the massive TUYAP Exhibition Centre. Both venues have attracted a conclave of fine hotels, dining establishments, theaters and shopping centres.

The beach at Buyukcekmece continues to attract tourists and vacationers with panoramic views of the water and a 16-kilometer coastal promenade. The district is also peppered with historical buildings and monuments including the Sultan Suleyman Fountain, several beautiful mosques, and the caravanserai of Suleiman the Magnificent.

Residents enjoy a full range of services, amenities and entertainment venues along with numerous shopping malls, markets and a 20,000-spectator sports stadium. IETT buses run regularly to Bakirkoy where passengers can access transit to Istanbul’s centre. There is also a ferry service connecting several coastal districts during the summer months.

As the municipality likes to say, Buyukcekmece is open to innovation with the belief that modernization has no limits.