Your guide to real estate in Istanbul Zeytinburnu, Let us help you to find your best property in Turkey.

This is another working-class section of Istanbul that offers some great real estate to interested buyers. Located on the European side of the city, Zeytinburnu is just outside the walls of the old city and on the shore of the Marmara Sea. In short, the surroundings are beautiful, and it’s no wonder that roughly 300,000 people have chosen to call this area of Istanbul their home. The district is made up of several distinct neighborhoods, each with its own sense of community. Residents here enjoy great schools, entertainment, and shopping options. Getting to and from work is not a problem either, given the great transportation options that run through the area.

This district on the shores of the Marmara Sea was a fortress during the Byzantine era. Zeytinburnu’s flag features an olive branch, the symbol of its name which in Turkish means “Cape of the Olive Trees”. During the 19th Century, it developed into a small industrial town that specialized in the production of fine leather goods. As Anatolian migrants settled the area in increasing numbers over the last half of the 20th Century, the face of the district changed considerably. Shanty towns sprang up to house laborers who lived above hundreds of small industrial workshops. Concrete apartment blocks began to make an appearance in the 1970s, with little infrastructure and no long-term vision. 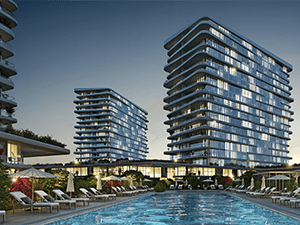 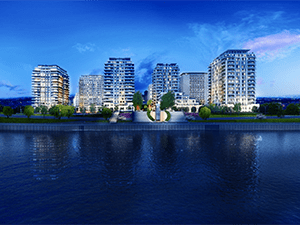 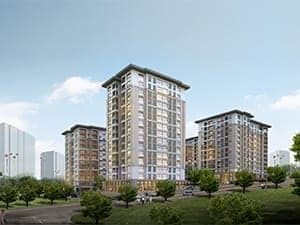 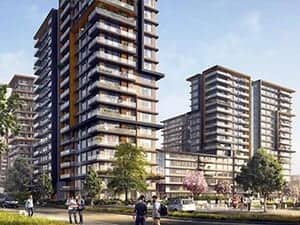 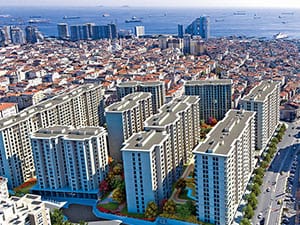 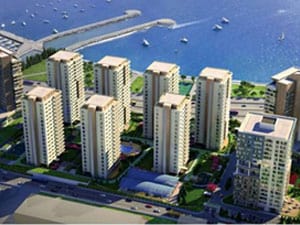 The ancient land walls of Istanbul trace the eastern fringe of Zeytinburnu, completed by Emperor Thedosius II in 477. The Marble Tower that marks the starting point on the Marmara Sea lies in the Faith district but many of the six kilometers of stone fortifications are within the borders of Zeytinburnu. The Takkeci Ibrahim Aga Mosque and the Eastern Orthodox Church of St. Mary of the Spring (the Balikili Orthodox Church) are but two of the many historic places of worship to be found in the district.

The dawn of the new millennium has seen Zeytinburnu change yet again. An increasingly educated population is receiving much needed attention from investors who are redeveloping its neighborhoods. It shares a border with the historic Faith district and proximity to both the city and the sea make Zeytinburnu ideally positioned to welcome new residents to its modern residential developments.

Tram and metro lines service the district, providing efficient transportation to both the airport and inner city. The Olivium Outlet Centre, located just outside the ancient city walls, is a modern multi-use venue that houses outlet shops, a theater, supermarket, and a variety of restaurants and cafes. Visitors also flock to Zeytinburnu to shop for leather products which continue to be produced in the Kazlicesme neighborhood.

As renewal progresses, Zeytinburnu is now considered to be one of the most important districts for real estate investment in Istanbul. Its coastal location makes this a hot market, with rising prices for both existing structures and the new apartment towers. Panoramic views of the sea, ease of transport and the proliferation of modern infrastructure have lifted Zeytinburnu from its working-class roots to new heights of stylish living.