The dreams of many people were shattered immediately after the enactment of the Real Estate law of Turkey, published in the official Gazette of 12th January 2017. The law provided for the granting of Turkish citizenship to foreign investors on exceptional terms. They were required to buy a property of at least USD $1 million and keep it for three years, or to provide employment for at least 100 Turkish citizens, a fixed investment of not less than US $2 million or a deposit of US $3 million in Turkish banks for three years.

This regulation did not last long until the official Turkish newspaper published on Wednesday 19th September 2018 a decision on amending the executive regulations on the law of obtaining Turkish citizenship. The amendment to all the provisions of the previous law was amended:

This amendment to the previous law is an initiative of the Turkish government to encourage foreigners to invest in the real estate sector, and to benefit from real estate profits and return on investment, while guaranteeing the acquisition of Turkish nationality. The government also provides many facilities and benefits to those who buy real estate or invest in real estate in general.

It is now easy to get Turkish citizenship once you have a property worth a quarter of a million dollars after it was a million.

Also, there are some other ways through which Turkish citizenship is obtained, as we mentioned in the amendments to the previous law. 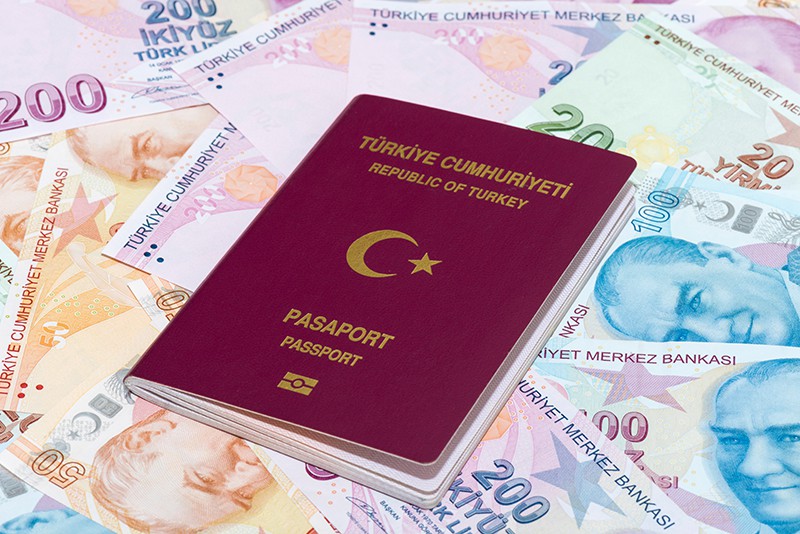 Supporting Vision 2023: It is a strategic planning for Turkey’s economy, aiming to reach a global ranking among the 10 most powerful economies in the world. This will bring about the remarkable advantages of the state and people.

This vision is one of the most important reasons that led the Turkish government to make such amendments to the decision to get Turkish citizenship in return for the property. Especially since the date of this vision is near, and the government has done a lot of things to be achieved, and done so, and therefore is seeking in every way to ensure the realization of the vision as complete as planned.

Support the Turkish Economy: This is a subsidiary point in the 2023 vision, but Turkey now has the second largest economy on the European level in terms of growth, with an economic growth rate of 7.4%. Ireland was the first economy with a growth rate of 7.8%. Therefore, this law will increase the chances of buying Turkish real estate, and this will reflect positively on the market, which will increase its movement, especially if the real estate business.

Increase in the Country’s Domestic Product: The entry of foreign investors into the State of Turkey and the acquisition of citizenship gives them the opportunity to create new projects, thus creating new employment opportunities in various fields and increasing the per capita income of the State. This is one of the important things Turkey is trying to achieve.

Support the State Currency (Turkish Lira): Before that the Turkish lira has undergone several fluctuations in the exchange rate against foreign currencies, especially the US dollar, and thus began the strategic plans all contribute to increasing the confidence of foreign investors in the Turkish economic sector, and support for the establishment of new investment projects through Building a strong economic sector.

Turkey’s Tendency to the Middle East: Turkey’s old policies were moving toward Western appeasement in order to obtain a seat on its behalf within the European Union. But after many clashes, especially since 2011, the trend has begun to change to be in the Middle East rather than the West. This change has opened the way for investors in the Middle East to secure a secure economic sector and a fertile economic environment to set up giant investment projects on Turkish soil.

The national feeling that turkey is a nation and not just a state: This feeling prevails among all – the government and the people – they do not view their state as a state in its literal sense. They live in their glory and pride as if they were a real nation. So you find them always interested in the affairs of Muslims in all parts of the earth. Turkey was quick to support Gaza, and the Turkish people stood by the Gazans in various positions. Turkey also stood with Saudi Arabia. They also have a limited position in Kuwait at the time of the Gulf crisis. And many other unique positions of Turkey and its people.

These were the most important reasons that prompted the Turkish government to make amendments to the Nationality Law in return for owning a property.

Should I buy one property worth $ 250,000, or possible multiple properties?

You may choose and purchase any property you want provided that the total value of the property is not less than $250,000.

How can I calculate the exchange rate between the US Dollar and the Turkish Lira?

Do not bother yourself with this, the Office of the Tabu calculates the value of the Central Bank of Turkey, at the date of application.

How long does it take to obtain citizenship by owning a property in Turkey?

After processing the required documents and sending them to the Turkish citizenship center, the government will complete the rest of the procedures. The applicant is given an electronic link through which he can track the progress of the proceedings, and he is informed by telephone on the completion process. The process of termination is approximately four months. You may get a residence permit during the termination period.

Do I need to complete Turkish military service if I become a Turkish citizen?

You will have to do so if you have not already completed them, but if you complete them, you must provide proof of that.

Does my family get Turkish citizenship?

Does the law require residency in Turkey for citizenship?

This is not required, you may assign someone or another entity to act on your behalf to terminate the proceedings.

When did the amendments to the Law on the acquisition of Turkish citizenship begin?

Can I sell the property after obtaining Turkish citizenship?

You can only do so after 3 years from the date of the contract.

The opportunity to acquire Turkish citizenship by owning a property in Turkey, which is still available until now, you can purchase it if you wish to get a Turkish passport, this opportunity may not come to you again.

As we offer you free advice, inquire about anything, you can also get direct support, by contacting us.

Copy of the official publication