Your guide to real estate in Istanbul Bayrampasha, Let us help you to find your best property in Turkey.

This is one of Istanbul’s smallest districts but also one of its most populous. The area was initially settled in the 1950s by immigrants from the Balkans. Their descendants still occupy much of the center of Bayrampasha, supplemented for the most part by Anatolian migrants. With the population still on the rise, almost half a million people now live in the three distinct neighborhoods that were formed following a restructuring of the area in 2009.

“Bayrampaşa” region is one of the best areas in Istanbul, it is located in the center of the European city north of “Fatih” and it covers an area of ​​8 km2.

Its population is 272374, most of whom are Muslims of Bosnia and Herzegovina “Bosniaks” who are conservative and have inhabited the area in the year 1829.

It is featured by its central location and its proximity to all regions, and it includes high-end residential complexes, as well as simple popular areas, and its prices are suitable for different groups. It is also featured by its long tradition and preserving Turkish traditions and Islamic appearances.

Bayrampaşa region is an industrial area that includes many factories, workshops and residential complexes, which increase with the growth of the region day after day.

Bayrampaşa is also rich in services and entertainment centers. Among its most famous service features are the Bayrampaşa government hospital, two large sports complexes that include many large sports facilities, and the “Sabri Akpinar” Park.

It also has the largest prison in Istanbul and the main bus station and has four large shopping centers, which are:

Those looking for apartments for sale in Istanbul Bayrampaşa can contact us to get their ideal choice in the real estate market. 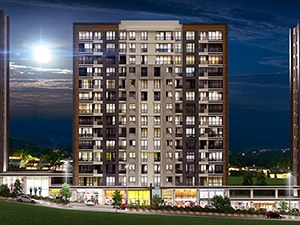