Your guide to real estate in Istanbul Eyup, Let us help you to find your best property in Turkey.

In recent years, Istanbul has witnessed a modern architectural renascence that has spread from its heart to its periphery. The real estate market in Turkey in general and Istanbul in particular has become one of the most important real estate markets in the world.This architectural growth included the area of “Eyüp Sultan”, which is attraction point to the tourists and visitors from around the world. This area of Istanbul is located on the European side of the city. 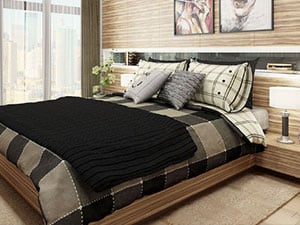 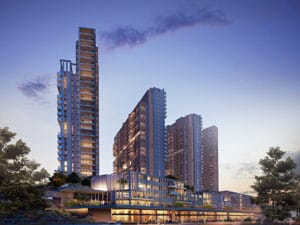 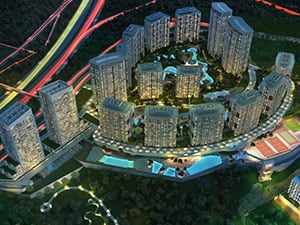 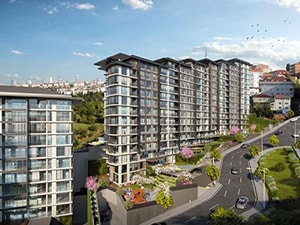 This area extends from the Golden Horn to the Black Sea coast. It covers an area of ​​223,78 km2, inhabited by about 345,790 of population, and is predominantly religious. This is evident in the veil of women living there.

It is attributed to the companion “Abu Ayyub al-Ansari”, where he has his mausoleum and mosque, which is an important tourist landmark in Turkey in general and in Istanbul in particular, as it is the first mosque built by the Ottomans after the conquest of “Constantinople”.

In recent years, the region has witnessed growth in the periphery of the mosque where simple traditional markets have been established that sell prayer mats, beads, dates, essential oils, Islamic books and other Islamic-style products.

The area attracts tourists who visit the mosque especially on Friday when the sounds of Ottoman music are spread around. There is a lot of activity in the area, and the tourists love to ride the cable car, which is a means of transport from the Golden Horn Bay beach to the famous open air café “Pierre Loti” Which named in the 19th century according to French writer “Pierre Loti” who wrote two novels about the story of his presence in Istanbul.

“Eyüp Sultan” is one of the most modern areas of Istanbul, providing you with everything you can imagine within a walking distance. It is close to the city center, which has attracted attention after the development of infrastructure, which lead to more demand on apartments for sale in “Eyüp Sultan”. the property prices have risen, and became desirable by local or foreign residents, especially as foreign investors desire to invest in real estate in Istanbul after the extensive facilities provided by the Turkish government to foreign investors.

“Eyüp Sultan” area can be accessed using ferries and ships from “Üsküdar” to the ports that end at the “Eyüp” station. It is also accessible via the Metrobus, which reaches “Ewan Seray” Station, close to the “Eyüp Sultan” Mosque. It can also be reached by various public transport buses.

It is time to own a property in “Eyüp Sultan”, one of the most beautiful historical areas of Istanbul, in “Eyüp Sultan” municipality, which once was a burial place, it is called today “the Hill of Creators and Geniuses”, overlooking the Golden Horn and the city of Istanbul in a charming view , and the area includes so many churches and Islamic tombs.

This region attracts by its unique nature, attractive location and diverse monuments to all lovers of Islamic civilization and Ottoman heritage, especially with panoramic views of some of the projects on the Golden Horn, which increasing the desire of people to buy apartments in the “Eyüp Sultan” area to enjoy the mix of history combined with singing nature.

One of the most famous landmarks of “Eyüp Sultan” is “Eyüp” Park, which is distinguished by its beautiful flowers and trees, which offer an opportunity to enjoy the beautiful nature.

The proximity of “Eyüp Sultan” area from ​​Istanbul bay and from the city center make it easy to reach of all tourist attractions and services.

This area has witnessed a great deal of public interest in the real estate market recently, and has built modern and luxury residential complexes, and has become the attraction point aspiring to a life combining both originality and modernity.

If you are looking for a property in Istanbul, you will undoubtedly need to guide you through multiple and varied search options, our experts provide their free consultation, get the service now.