Your guide to real estate in Istanbul Basaksehir, Let us help you to find your best property in Turkey.

This is one of the larger districts in Istanbul and is well developed. In fact, the population of Basaksehir currently stands at over 300,000 and continues to grow. With so many people, you might think that there are no green areas left, but that’s not correct. There’s still plenty of land and the residents of the area appreciate a high quality of living and the many outdoors areas. Housing prices continue to increase as new builds and resales constantly enter the market.

Nestled in the western municipalities of the European side of Istanbul, this large district is home to almost 400,000 residents. The area was formerly called Azatlik and was famous for providing gunpowder to the Ottoman army. It is now perhaps best known as home to the Basaksehir football club, one of five Süper Lig teams based in Istanbul. The Basaksehir Faith Terim Stadium is located here, as is the Ataturk Olympic Stadium. 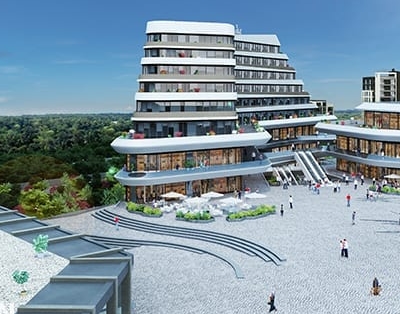 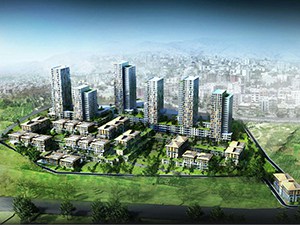 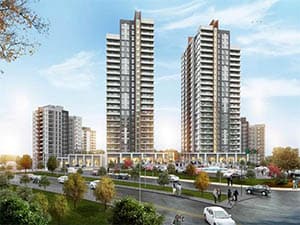 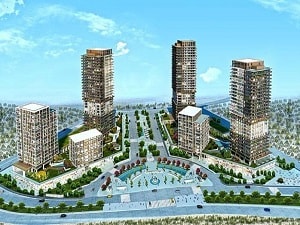 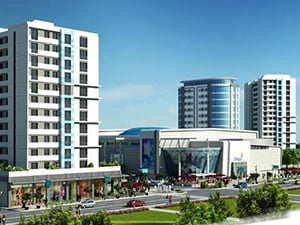 Basaksehir is one of the newer districts of Istanbul and one that lies at some distance from the centre of the city. Located close to the intersection of the highway leading north from Ataturk Airport and the Trans European Motorway (TEM), the district has developed into a modern urban neighborhood.

This part of the city is known for its superior infrastructure, much of it newly constructed. Plans are underway for the latest addition – a massive central square that will dwarf the Taskim Square in Beyoglu. Abutting residences, services and restaurants will complement a network of underground shopping and entertainment venues. The elaborate plans also include a new mosque that can hold 5,000 worshipers and huge botanical gardens. Existing facilities include comprehensive medical facilities and an array of both public and private schools.

Much of Basaksehir’s attraction lies in its multiple natural areas including Basaksehir Pond, Water Valley Park and a 50 square kilometer protected forest. The pond is in fact the largest man-made lake in Turkey, with walking paths, restaurants and several children’s playgrounds. Both it and Water Valley Park host special events and concerts.

Basaksehir used to suffer from poor transportation links but is increasingly well serviced by various Metro lines. Construction is also ongoing for the new tramway line which is expected to both ease congestion and raise property values.

The showcase Mall of Istanbul was completed in 2014, comprising hundreds of shops, an office block, a hotel and four blocks of modern residences. This award-winning project has become a community focal point, with the inclusion of an amusement park, several theaters and international art exhibitions. As the region continues to develop, investors and home owners are looking forward to enhancements that will make the features of this already enviable neighborhood even more rewarding.