Options for Syrians to Buy a Property in Turkey

Since the Syrian crisis in 2011, the Turkish government has given special handling to Syrians and try as much as possible to issue laws and legislation to alleviate the burden of living and life for them, without causing for internal Turkish affairs. Despite issuing a law at the end of 2018 allowing foreigners to take the opportunity of acquisition Turkish citizenship in return for buying a property for at least $ 250 thousand dollars, but this law does not include Syrian individuals, as we will learn through the following paragraphs of the article on the history of real estate ownership of the Syrians in Turkey and the available options to own a property, and finally we will review the advantages of buying a real estate in Istanbul.

History of Property Ownership of Syrians in Turkey

There are a lot of problems in the ownership of properties for Syrians in Turkey; this is because the Syrian government seized the property of the Turks in the second quarter of the nineteenth century and prevented the disposal of these properties by the Turks as a result of border dispute over ” Antakya” mandate”, subsequently, the Turkish government has banned Syrians from owning properties in Turkey since 1927, in accordance with Act No “1062” in response to what the Syrian side has done. 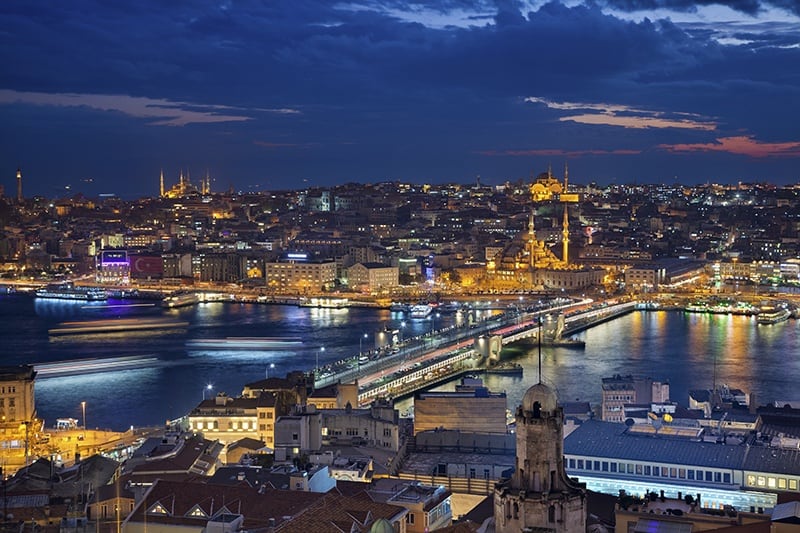 What are the options of properties ownership for Syrians in Turkey?

If the Syrian has another nationality

Syrians can own property in Turkey in case of another nationality they possess other than the Syrian, in such a situation the owner of the property is registered on the non-Syrian nationality.

In case of establishing a company in Turkey

The law in Turkey allows the possibility of the Syrian property in Turkey through establishing a company, and the property is registered in the name of the company, not the Syrian passport, provided that the company is incorporated not individual, as the legal entity to be for example a shareholding or limited liability company.

Syrians can own properties in Turkey by choosing an intermediary to be trusted, who buys the property or the apartment in his name, and the Syrian take the guarantees that ensure his rights.

What are the advantages of existing apartments for sale in Istanbul in particular?

There are a lot of advantages that the buyer can get when he takes one of the chances of buying an apartment, and we will explain them below:

there are apartments in Istanbul with fair prices, for example, the cost of buying a large villa in Istanbul is equivalent to buying a one-room apartment in the United Kingdom and the United States of America.

The future value of the properties in Istanbul

the real estate investment in Istanbul has a distinct future dimension, and a price boom of properties in Istanbul is going to happen and will be sold at double prices in the future according to economists’ views; because of the many new projects that will increase of the importance of this region, among these is The new Istanbul Canal that will connect the Black Sea with Marmara Sea, and the new airport which is regarded as one of the largest airports in the world.

The climate in Istanbul is moderate, which is largely similar to the atmosphere in the most Arab countries with a preference in the summer; so, the choice of owning a property in Istanbul is ideal for housing and stability.

Availability of services and ease of transportation

the services in Istanbul are all available, in addition to the ease of movement in the neighborhoods smoothly; whether through the metro, public transport, or private cars. There is also a road network at the highest levels of quality and in case of communication and owning an apartment in Istanbul for example on the European side; it will become of great value to those who own it.

the life in Istanbul is suitable in terms of prices whether it is for basic services such as gas, electricity, water, maintenance or for food and drink, compared to the European countries that are marked by the prohibitively high prices.

Do not strain your mind, we have a strong team of experts and real estate consultants to answer all your queries. Request a Callback and let’s talk!